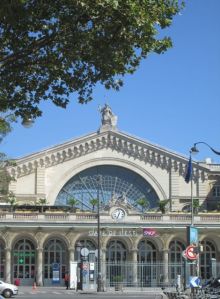 Hey you! You with the terrible sunburn over there. Have a good holiday? Great! Me? I’ve still got a week in Sardinia to cope with, as my milky English skin can’t cope with the August rays on the beach (it’s a hard life). This month though I have been holidaying in a fashion, kicking about in Paris trying not to complain too much about the city’s face-melting heatwave, and making the most of the deserted streets (for my guide to a super Paris stay-cation, click here). I’d have been in touch, but I couldn’t risk you spilling your cocktail all over my blog, so for both our sakes, I’ve left it until now. But now, here we are, a wee pick-me-up post to cushion the blow of the rentrée let’s call it.

So, modern holidaying often requires being stuffed into a metal tube and catapulted through the skies to somewhere hot and sunny for a couple of weeks. Well, that’s the case for most of us, but the clever French have refined their holiday game to quite another standard. Most vacationers largely avoid the lo-cost cattle-esque aerial option preferring to head to the south of their own glorious country, where the sun shines bright and the need to master tricky foreign phrases dissolves into the sparkling blue sea. Air travel is possible from north to south, but any savvy traveller here knows that the car and plane are for chumps, and that the train is where it’s really at; one of France’s proudest, chest-puffing achievements. 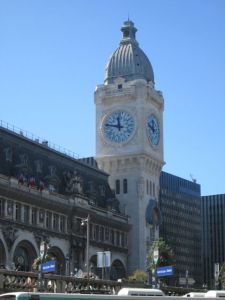 Being from the UK, my train-travel norm is paying hundreds of pounds to take the most long-winded and illogical route on an always-late train from one depressing station to another, without even the promise of a seat. Jeremy Corbyn has just made it political, for Christ’s sake. France offers quite the opposite thanks to the lightning fast (ok, not quite) TGV and a well-ordered nationalised rail network, meaning it’s possible to get from Paris to Montpellier (747 km or 464 miles) in a shade under 3 1/2 hours. To travel the same distance on a train in the UK (lost for words as to why you would though) would take at least twice as long and cost at least twice the price. Madness.

Next time I’m on a TGV, I’m going to head to the bar carriage, order a glass of wine and ‘cheers’ the inside wall in appreciation of this seamless efficiency, that after nearly eight years of living here, is easy to take for granted. But this is a blog about Paris rather than train appreciation, (thank God), so I’ll turn my gaze instead towards the city’s major stations that quietly and skilfully assemble and disperse the nation’s passengers from and to all corners of the country, in a display of relaxed and scenic effortlessness.

Out of Paris’ six major station hubs (including stations at Austerlitz, Montparnasse and Saint-Lazare), it’s the big three gares Nord, Est and Lyon that deserve a visit even if you’re not planning on going anywhere. All 19th century constructions (Lyon was the latest, completed in 1900) pay homage to the cities their tracks serve, with the most ornate being Gare du Nord, featuring sculptures along its top edge dedicated to individual towns or cities, including some of the trains’ European destinations. Long regarded as a less than attractive or inviting part of town (and that’s being extremely kind), it’s sad that most passengers try to flee to the nicer parts of Paris without truly taking in the stunning architecture of Europe’s busiest station. 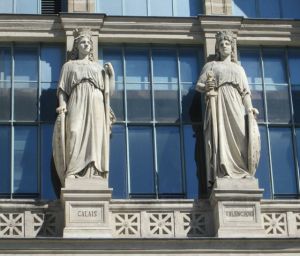 The charms of Gare de l’Est and Gare du Lyon are often similarly ignored as visitors and commuters alike pass by their beauty thanks to underground train links, but the latter’s imposing clock tower still strikes me quiet as one of the most stunning structures in Paris. If (somehow) the combination of aesthetics and travel isn’t enough to steam your train, then the larger stations are becoming shopping malls in their own rights (but remember, it’s all about doing, not having!), and you can hardly argue with the pull of that trio in destination terms.

So I might not be able to take the train to Sardinia, but I’m sure my journey will be the poorer for it. After all, isn’t how you get there half the fun?