It’s no understatement to say that life has changed pretty profoundly of late. The cannonball of Covid has been mighty efficient in blowing holes in all our lives, and who knows if the dust will ever settle again. Paris might bear a big chunk of the French pandemic experience, but this scale of disruption is nothing compared to what the old Dame herself went through in the mid-19th century (when you really wouldn’t have wanted to catch anything), when her daily rhythms and very foundations were well and truly shaken. If drastic change is the order of the day, then she’s got more tales to tell than all of us put together. And in that story was a man with the biggest wrecking ball of all, Baron Haussmann, he of Boulevard Haussmann fame, and maybe that Miley Cyrus song. Who knows. Like a true Parisian pothole, allow me to fill you in. 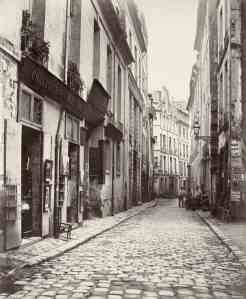 Back in the early 19th century, most of Paris was a squalid, congested mess. Crime, poverty and severe overcrowding were rife, and living conditions for the city’s poor were as bad as they could get, making it a hotbed of disease, riot and revolution. Even a century before the problem of its fetid and filthy narrow streets had been a major concern, and with a rapidly rising population, plenty of renovation plans had been suggested to improve the situation, though none were put into action until Napoleon I came into power in the early 1800s.

During his reign some major works were started including the city’s canal and the famous Rue de Rivoli, though his downfall soon stopped progress in its tracks. For the next 35 years during the restoration of the monarchy and reign of Louis Phillipe, little more of substance was achieved (compared to what would come after at least) until Napoleon’s moustachioed nephew came into power in 1848 as Napoleon III, and then things really got moving.

Keen to further the project and make his uncle’s ambitious plans a reality, the new Emperor had none of the financial or bureaucratic contraints of his predecessors, thanks to his coup d’etat in 1851. His first project boss, prefect Jean-Jaques Berger, was moving too slowly, and so we meet his replacement Georges-Eugène Haussmann (pictured left) in 1853, an imposing 6’3″ figure of a man, employed for his energy, tenacity and problem-solving brilliance. And so the scene was perfectly set for 17 years of enormous upheaval and radical renovation that saw the old city practically demolished and a new one double the size spring up in its place.

There’s far too much to detail here, but the works were as extensive as they could get. Much of medieval Paris was brutally swept aside, 12,000 buildings were razed, and kilometres of straight, wide boulevards cut through old neighbourhoods, lined with strictly regulated and uniform Haussmannian buildings (those on the Rue de Rivoli serving as the model, pictured right). Some of the city’s most famous sights were constructed or improved during this time, including the Palais Garnier, Baltard’s markets at Les Halles, gares du Nord and l’Est, and many of the city’s theatres, mairies, bridges and places. New street furniture including lampposts, trees, kiosks and public toilets were added, as well as much-welcomed areas of green space in the form of improved city parks, quaint squares and the two bookend woods of Boulogne and Vincennes. 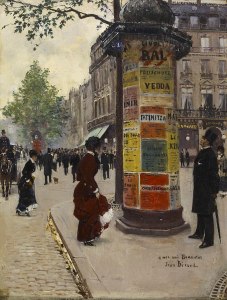 The city also doubled in size when in 1860 the annexation of Paris turned 12 arrondissements into today’s 20, adding overnight 400,000 residents to its tally. Updated infrastructure was needed, and a new water distribution system, sewers and gas supply were swiftly installed. Not all opinions of the drastic change were positive however, and criticism had been mounting from the start, despite the new-look metropolis being lighter, more open, cleaner, healthier, more efficient and less congested. By 1870 it had reached crisis point, and with a change in the political wind and the Emperor increasingly bowing to pressure from his opposition, Haussmann was shown the door that January.

Work on his projects continued long after he was gone, and today you can’t travel far through the capital without seeing his legacy at every turn. It’s only in the Marais that you can get an idea of the narrow wiggling streets that existed before the wrecking ball had its way. And whether it’s the Parisian streets of old or new that you prefer, until the leash of another lockdown tightens, I plan on taking full advantage of his light-filled avenues whilst I still can.