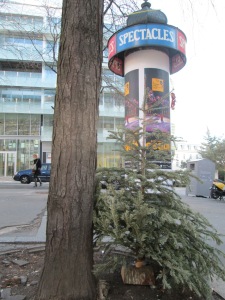 Bonne année World Wide Web! I trust the new year diets and good intentions are still holding strong in this early stage of January. Amongst my personal goals for the coming year include ‘drink as much tea as is humanly possible’ and ‘try to steer well clear of Brexit before actual steam starts to pour from my ears’. Oh.

After a generous and suitably boozy sejour in the UK for Noël, I’m now back at Granny Flat HQ with a furnace of 2019 ambition keeping me toasty and warm. I certainly feel like I have a fifth year of blog in me, and my list of simple Parisian delights to discover gets longer each passing month, rather than shorter. I hope you’re equally keen to leap aboard the good ship Paris: Small Capital and join me on a voyage of exploration, uncovering the best, and cheapest pleasures France’s capital has to offer.

Though I wouldn’t blame you if you declined my offer, given my shamefully scant posting schedule in 2018. I can only protest being held to ransom by a charming combination of technical issues, other writing projects biting at my ankles, and drawn-out deliberation as to where to steer the good ship next. Paris’ sights are all well and good, but this year I’d like to explore some of my original ideas that were promised, but never really got off the ground, namely expeditions into the best of the city’s (and country’s) food and wine, that invaluable fuel that keeps everything running, and the citizens largely content. We’ve dipped our toes in in the past (exhibits A, B, C and D), but 2019 marks the start of a much more enthusiastic culinary tour.

But to respect January’s spirit of restraint, and to gaze in puzzlement at one of Paris’ strangest customs as we must at this time of year, we’ll focus instead on another year of Last Tree Standing; that addictive and unique activity of sorry, brown Christmas tree spotting, taking time to ponder exactly what would possess someone to abandon their festive fir on the street in the middle of October (the legend began here).

Last year’s clash saw a fruitful first few months of the year, with solid spots up until April. The summer saw no (documented) sightings at all, presumably because the heat caused all discarded specimens to spontaneously combust in the heat. The autumn failed miserably too. This year’s winner is therefore officially Louise Abbott (again!) with her April spot, though Max Legeais is awarded a distinction for his spot of 23rd December, though its greeness points to a pre-ski holiday indulgence and subsequent rejection, rather than a 12-month old kidnap-ee.

Seeing as we’ve passed the 6th and thus the deadline for acceptable tree custody, the games can once again begin for another year, with all entries invited on the Last Tree Standing Facebook page. The Christmas tree crumbs wherever you look, not to mention mountains of spent firs at dedicated recycling posts, point to a January full of green. But anyone worth their dead tree-spotting salt knows the game really begins in the spring.

For newcomers, a quick recap of the rules….

1. Photographic evidence required.
2. No artificial trees. Or conifers.
3. No planted specimens.
4. No repeat claims.
5. Trees must be obviously abandoned, put out for, and accessible by the binmen, though all submissions will be considered and are subjected to jury approval.
6. Honesty prevails. If you want to keep a dead Christmas tree in your apartment until September just so you can win, you need to get out more.